As published on Economic Times on January 12th 2020

Amit Ganjoo has a passion for flying. So much so that the Washington DC-based engineer, who is also a licensed pilot, built an air-worthy experimental aircraft in 2014 and flew it. But his career took him to the world of telecom. In 2015, he married his two worlds by launching ANRA Technologies, a startup that has rolled out a platform called DroneOSS that is used by drone operators and for UAS Traffic Management (UTM). The platform is used by many commercial and government entities. He has also collaborated with NASA.

Last week, the use of weaponised drones by the US to kill an Iranian commander made headlines. In an interview with ET, Ganjoo speaks about the global drone industry and the complex regulatory challenges it faces. Edited excerpts:

How did you foray into the world of drones?

Aviation has been my passion since I was a kid. While working at Ericsson in the US, I also got my pilot’s license and pursuing my love for aviation, I built an experimental aircraft “Wuzmal” (lightning in Kashmiri) — a two-seater lowwing aerobatic airplane. In 2008, I transitioned to working with the US Department of Defense on communication and drone programme. While working with drones in the defence segment, I saw their potential and huge opportunities in the commercial arena. That’s when I started ANRA Technologies.

Our startup built a quick prototype for showcasing traffic management and workflow orchestration capabilities for commercial drones and got the coolest technology award in Washington DC. Within six months, we had filed for patents, built relationships within the industry, signed a collaborative research agreement with NASA and started working with them and industry partners like Amazon, Uber and Google and others on creating a traffic management system called UAS Traffic Management (UTM).

UTM ensures that the drones can share the skies safely with manned aircraft without colliding or causing accidents. Currently, I am also on the board member of the Global UTM Association as well as the co- chair for the ASTM UTM Standards working group.

Tell us about your company.

We offer two software platforms which can be deployed individually or combined into a comprehensive service package for an air navigation service provider, regulator or a commercial enterprise. Each platform comprises of micro-services that are designed to scale and support millions of drones. These platforms include features such as discovery, authentication & registration services, mission planning, command and control, automated flight paths, dynamic flight routing, data processing, fleet and traffic management. 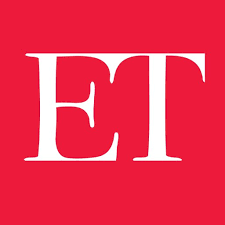 Do you have presence in India?

We have an office in Noida. About three years back, a friend gave me an emotional pitch about giving back to the country where I was born and I took it to heart and we set up our office here. After some initial glitches, our team here focuses on the Asia-Pacific market. We have 21 engineers in India. We are also the domain consultants for system integrator Happiest Minds and are also working with DGCA (Directorate General of Civil Aviation) and the

How do you see China’s drone industry? Where does India stack up in comparison?

China is a global leader in commercial and recreational drone technology and as a supplier, it has almost 70-80% of the global market share in drone hardware. However, the Chinese market is going to be dominated by local players. In terms of India as a drone supplier for global market, that is unfortunately a long uphill journey.

The DGCA NPNT (no permission, no takeoff ) requirements for drones operating in India now block all the major international players, including the Chinese, from selling drones in India since their drones do not support NPNT capability. This can potentially spur a domestic drone hardware market in India for made-in-India drones.

There is a lot of buzz around the future potential of the drone industry. What’s the reality?

There are also lots of concerns around privacy and safety. Like if someone flies 200 metres above your house, is it a privacy violation? But do bear in mind that satellites up in the sky can already take high resolution pictures. It is because drones are visible to the eyes that you react differently.

For regulators, moving fast or slow is dependent on the risk tolerance for specific domains and verticals. For example, for ground-based package delivery drones, regulations may move a little faster. However, for airborne drones, regulations may move a bit slower. Depending on who you talk to, India has anywhere between 2-6 lakh drones of which most are illegal as most of the drones do not comply with the DGCA NPNT requirements. Currently, there are only five Indian companies that have approved NPNT-compliant drones. In future, the way I see it is that either Indian regulation will potentially need to be relaxed or modified to allow existing imported commercial drones to operate or maintain status quo and let the whole Indian industry build and scale on its own at its own pace.

How do we regulate this fast evolving technology?

Globally, this industry is young and nascent. There are lot of concerns around privacy and safety. How do you handle air traffic management and de-conflict manned and unmanned traffic from a regulatory point of view? What do you do when a drone is at a place where it is not supposed to be? Can you shoot it down and if you do, what happens if it falls and causes property or life damage? How do you handle electronic identification of the drones? So far, majority of the drone flight operations are taking place within the Visual Line of Sight (VLOS). But the real potential exists for Beyond Visual Line of Sight Operations (BVLOS), such as package delivery, powerline inspections, etc.

There are a lot of aspects that need to be considered by the regulators: safety, security, transparency, flexibility and scalability. Currently, India is lagging behind many other part of the world in terms of drone operations and usage. They are lessons learned from other parts of the world that can be leveraged instead of reinventing the wheel. NPNT regulation could potentially be revisited and modified as it is the only one of its kind in the world and, unfortunately, global leaders and biggest hardware manufacturers like DJI are not supporting it.

Are there things that worry you about drones?

What worries me about drones is not so much their evil use. There are plenty of other technologies out there that have the potential to cause far more damage. I worry more about how implementations and frameworks around drones will get fragmented globally, where every nation tries to reinvent the wheel. As a result, 10 years down the line, we will need to forklift everything to ensure interoperability.

Secondly, I also worry that the extreme fear that drones can be used for something bad puts a dampener on acceptance of drones as the regulators make it hard to fly the drones commercially for good actors.